Nashville’s finest purveyors of febrile root-work psychedelia, Promised Land Sound will be releasing their highly anticipated sophomore album For Use And Delight out October 2nd via Paradise of Bachelors. Today, the band is pleased to announce that in addition to their opening slot on tour with Natalie Prass, they’ll head out on a string of headline dates. Highlights include the Mercury Lounge in New York, NY on November 10th and the Empty Bottle in Chicago, IL on November 6th.

When Promised Land Sound (PLS) released their debut album in 2013 on Paradise of Bachelors, some of them couldn’t yet legally drink, so their remarkable maturity and rich historical reference points were striking. Like Laura Marling or Jackson Browne – artists who wrote with impeccable emotional literacy while still teenagers – PLS too were able to grasp at an emotional gravity in their songwriting that seemed improbable at their age. So it’s no surprise that their new album,
For Use And Delight, shows a tremendous amount of growth as musicians and songwriters.

The band has released two tracks from the forthcoming album. NPR’s All Songs debuted the first track: “The loveliness and vitality of “She Takes Me There” reflects all of ‘For Use And Delight.’ With a sound that’s at once more focused and wider-ranging than on its first album, the group shows why psychedelia is always a great aesthetic to revive.” And Noisey recently debuted the track “Otherworldly Pleasures”. 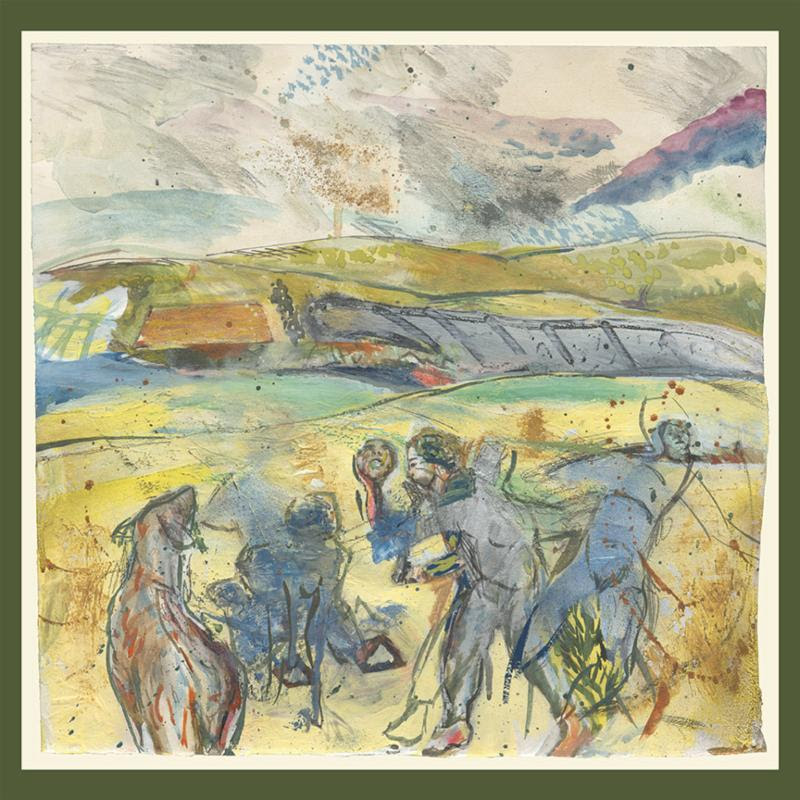 Promised Land Sound
For Use and Delight
Paradise of Bachelors

MORE ABOUT PROMISED LAND SOUND
Promised Land Sound chose to begin at the beginning; they named themselves after an immortal road-dogging Chuck Berry jam and proceeded from there. For such a young band-though they’re now all in their twenties, some weren’t even of legal drinking age when they released their debut-they’re remarkably attuned to historical precedents. The self-titled first album mined the same red dirt/swamp boogie as the Flying Burritos, Gene Clark, Jesse Ed Davis, Link Wray, the Band, CCR, Dennis Linde, Johnny Darrell, the Stones, et al. But For Use and Delight is the album on which Promised Land Sound finds their distinctive idiom, the distilled articulation of their mutable live performances, during which songs expand and contract, guitars flicker, flame, and gutter, and the rhythm section achieves a full-throttle locomotive choogle that locates the common/contested ground between J.J. Cale and Can.

Promised Land Sound emerged from the fertile Nashville garage scene-members have played with PUJOL, Denney and the Jets, and members of JEFF The Brotherhood and Those Darlins, among others-but they have quickly evolved to deploy a more varied country, soul, pop, and psych palette than most of their brethren and sistren. Bassist and singer Joey Scala and his younger brother Evan (drums and vocals) originally hail from Roanoke, Virginia but moved to Tennessee in 2000. Joey spent some time hitchhiking around after high school, eventually meeting Nashville lifer and guitar prodigy Sean Thompson and playing in a succession of local bands together before beginning to write in earnest as a team. In short order, they managed to attract the admiration of esteemed folks like fellow Nashvillain Jack White, who released a live 7″ of theirs on his Third Man Records. The current lineup also prominently features invaluable Nashville stalwarts Peter Stringer-Hye (The Paperhead) on additional vocals and rhythm guitar and polymath Mitch Jones (Fly Golden Eagle) on keyboards, as well as handling co-production and string arrangements on the record.

In 2013 Paradise of Bachelors released Promised Land Sound’s first full-length album, co-produced by Jem Cohen (the Ettes and the Parting Gifts), Andrija Tokic (known for his work with Alabama Shakes), and Nashville guitar wizard (and Hiss Golden Messenger band member) William Tyler, who also guests on the record. In 2014 and 2015, the band toured with Angel Olsen and Alabama Shakes, among others.

If the first album resembled, as Uncut enthusiastically described it, “what the Byrds might have sounded had Gram Parsons joined the band a year or two earlier,” then For Use and Delight suggests a heavier, darker potential meeting of Jim Ford and S.F. Sorrow-era Pretty Things (without all the conceptual baggage, but retaining the razor-wire guitars and unabashed ambition.) But that’s all fantasy rock and roll gaming, and lest you think Promised Land Sound is a band that aspires to sound like the sum of their record collections, think again: the fact is that there just aren’t many other bands writing and inhabiting rock and roll songs of this scale and structural and performative sophistication. The Chiltonisms and chiaroscuro of “She Takes Me There” recall Big Star, but not so much in sound as in sentiment-the melancholy dislocation of a Southern band in a Southern city, but existing strangely out of time and pushing beyond geography. Listen to the bittersweet swagger of “Otherwordly Pleasures” or “Oppression”: despite the classic psych and pop influences, Promised Land Sound is in some essential sense a staunchly Southern band, unselfconscious classicists eager to anchor their songs in traditional forms while tearing at the edges of the vernacular.