Having Sustained an Incredible Number of Losses This Year, Scotty ATL (@ScottyATL) Drops a Powerful and Engaging Album About Overcoming Grief and Prioritizing Self-Care 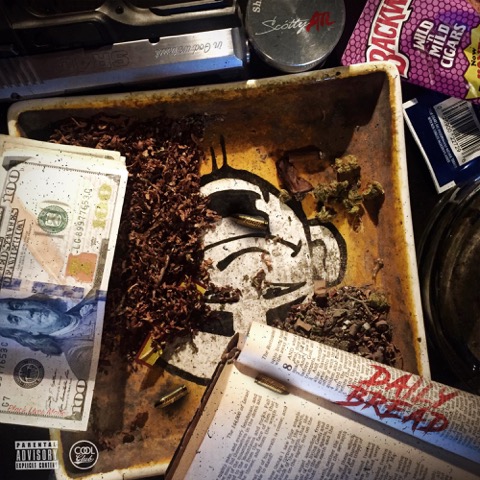 A quintessential hustler with enough talent to carry the weight of his city on his back and in his name, Scotty ATL makes engaging street tales about the daily grind. Today, Scotty releases Daily Bread, his latest full-length out via his own Cool Club Records, a career highlight premiered by XXL about how grief amplifies the impact of everyday struggles. Daily Bread is a cathartic culmination of a rough year for Scotty ATL. While on tour with B.o.B in March, Scotty lost four people close to him in the span of four weeks, including the late Atlanta rapper Bankroll Fresh. Unable to say goodbye to his friends in person, Scotty channeled all of the sweet and sorrowful memories of his friends into Daily Bread. Though Daily Bread touches upon heavy subject matter, it is still an engaging listen, lifted by Scotty’s easy charisma and his determination to live his life and push through his grief. “Some of the greatest rappers told their life stories,” explains Scotty ATL. “That’s what I’m doing. I’m giving people my real life, the good, the bad and the ugly.” With perceptive lyricism and an impressive tonal consistency, Daily Bread is one of Scotty ATL’s most accomplished efforts yet.

Scotty ATL continues: “It feels wonderful to get this project out of my body, mind, and spirit. I had to overcome a lot just to get it out. With this particular project I wanted for people to see my growth as an artist and as a lyricist, I wanted my fans to be able to follow the story of who I am as a person and I what went through. Some people didn’t want me to pull these stories out, some wanted me to go the regular route and put out a hot album with singles. I had label situations that wanted to sign me and told me to shelve this deeply personal project and create an album full of bangers instead so they could push them to radio. In my mind, I think the way music is today, it’s different with the J. Cole’s and Kendrick’s and the Nipsey Hustles of the world. Those are the guys that stand true as artists and to they fans and it’s working. And a single will come out of it if it’s supposed to. I don’t think I need to follow the blueprint of the music industry, I blaze my own trail, just like I have always have.”

Daily Bread is an album rooted in tragedy and triumph, focusing on Scotty’s personal growth and lessons learned. Album highlights include lead single “So High,” a stoner’s anthem featuring Jaydot Rain, the FADER-premiered “Bye Bye,” a heartfelt lamentation to lost homies featuring a beautiful guest spot by Ty Dolla $ign, and “Kno That U Will,” a Southern-fried trap ballad with a hook from Kissie Lee. With production from DJ Burn One, KE On the Track, and Cory Mo, among others, Daily Bread follows in a noble tradition of songs like Pete Rock & CL Smooth‘s “T.R.O.Y.,” exploring the excesses and the consequences of a rapper’s life. A rapper, producer, record label owner, and entrepreneur, Daily Bread is the result of a career’s worth of grinding, and it is available to purchase on iTunes or to stream on Spotify.

Scotty ATL delivers a gut wrenching series of joints with this album…get ready to look deep inside because he’s locking in with like minds, giving them a voice. 5/5 for content and delivery. Definitely one of the more important musical projects this year ~ JD #EditorinChief