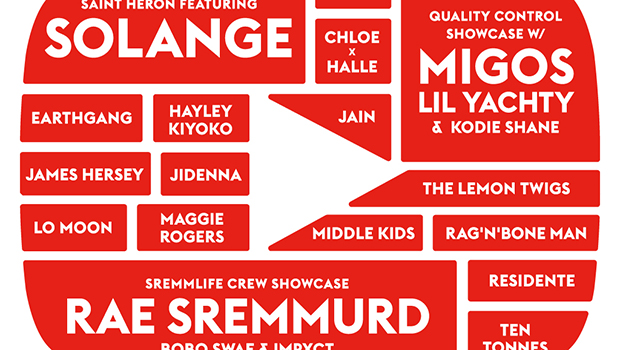 YouTube (@YouTube) will return to the annual South by Southwest® (@sxsw ®) Conference and Festivals (March 10-19, 2017) in March, expanding to its largest presence to date at the event. This includes a return to downtown Austin’s Coppertank, where YouTube will present a major three-day showcase featuring some of the biggest names in music alongside the most buzzworthy emerging artists at SXSW. Other major activations include two live broadcasts of SiriusXM’s popular “Sway in the Morning” at Coppertank and a showcase of our newest ad formats and innovations at YouTube Corner.

“We’re going to have the loudest mics, best lights, best drinks and the best fans in all of Austin, which means we’re going to give artists the best time they’ll have all week.” said Lyor Cohen, Global Head of Music. YouTube’s presence at SXSW 2017 represents their largest to date:

YouTube’s 2017 showcase will continue its tradition of delivering some of the best music from a wide variety of talent, from chart-toppers to artists on the rise. This year’s lineup will feature more than 20 artists taking the stage at Coppertank from March 15-17. The showcase will also host a virtual reality demo to showcase VR music videos available on YouTube.

Solange will make her exclusive SXSW appearance on Wednesday, March 15, performing alongside artists from her Saint Heron label. Thursday, March 16 will include exclusive performances from hip-hop duo Rae Sremmurd, whose hit single “Black Beatles” fueled the wildly popular Mannequin Challenge, and Rag‘N’Bone Man, whose video “Human” has scored over 158 million views on YouTube. Closing out the event on Friday, March 17 will be an exclusive Quality Control showcase featuring Migos, Lil Yachty and Kodie Shane. Throughout the three days, additional talent will include James Hersey and EarthGang, viral sensations JAIN and Aminé, Pharrell-endorsed singer and songwriter Maggie Rogers and award-winning rapper, singer and Calle 13 founder Residente.

The full YouTube @ Coppertank schedule is as below. The event will be open to SXSW Platinum badge, SXSW Music badge and SXSW Artist wristband holders:

Check out the music and top YouTube videos from each of the artists here!

“Sway in the Morning” Live on SiriusXM’s Shade 45

Sway will take over mornings at YouTube @ Coppertank on Thursday, March 16 and Friday, March 17with exclusive live broadcasts of his “Sway in the Morning” show airing live on Eminem’s SiriusXM channel Shade 45 from 7 am – 11:30 am CT. Recorded with an audience, these broadcasts will include the latest music news along with in-studio interviews and performances from YouTube showcase artists, hip-hop artists, celebrities and newsmakers.

Located adjacent to YouTube @ Coppertank, the YouTube Artist Hub will provide an oasis for artists to relax, freshen up and grab a bite to eat in between their busy schedule.

SXSW has become a premiere destination for creative and media agencies and the world’s largest brands to discover how technology is changing the advertising industry. This year, we will debut “YouTube Corner” — a unique destination that will immerse the SXSW advertising in the newest ad formats and YouTube innovations. Activations include: