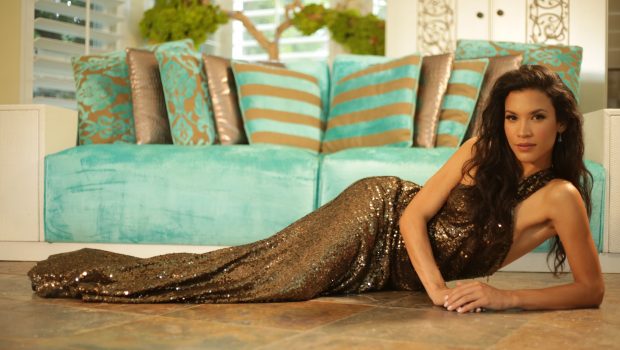 Currently a series regular on the AMC hit Fear The Walking Dead, Danay Garcia portrays the fearless character Luciana. Prior to landing a role on Fear The Walking Dead, Garcia played Sofia Lugo for two seasons of the popular Fox series Prison Break, in addition to appearing on episodes of Hawaii Five-0, Supernatural, and CSI: Miami. While Garcia is a steadily-working actress, not everyone realizes that she is also a writer, producer and director. Garcia’s talents especially show within La Cura — a short film she wrote, directed and produced — which will soon hit the international film festival circuit.

Prior to the season four premiere of Fear The Walking Dead, I had the pleasure of doing Q&A with Ms. Garcia. She can be followed on both Instagram and Twitter via the handle @DanayGarcia1.

Prior to being cast in Fear The Walking Dead, had you worked with any of the cast or crew before?

Danay Garcia: I knew Sarah Wayne Callies of The Walking Dead from when we both did Prison Break, and I used to tease her about working in the middle of nowhere covered in blood — and now I am doing it, too.

You had done a lot of film and television work before being cast in Fear The Walking Dead. I’ve read that this current season filmed in Texas. Had you previously filmed in Texas before?

Danay Garcia: We are shooting Fear in Austin and I shot Prison Break in Dallas for about a year. Dallas was a fun place to shoot; it’s a cool city with pretty much everything you need. I also shot a movie called From Mexico with Love in San Antonio, which is also a great city. I am enjoying Austin a lot; there is a lot of great music and the people are very nice. Also a lot of great food in Austin. Terry Black’s is this amazing restaurant with the best barbecue.

How much of the fourth season is already filmed?

Fear The Walking Dead is a very intense show, but I get the vibe that there are a lot of funny people working on the show. Are there a lot of laughs on-set?

Danay Garcia: We have a lot of fun filming the show. Because the stories are very intense, we need a release and a break from all the blood and zombies. One time we were all freezing waiting for the cameras to roll and Jenna Elfman started dancing to stay warm; it was so cold. The directors and crew also have a lot of fun with us. We’re also all enjoying Lennie James’ stories from his years on The Walking Dead.

Fear The Walking Dead aside, are there any other upcoming projects that you can talk about?

Danay Garcia: I actually wrote, directed and produced a short film called La Cura — or The Cure — during my breaks from the show. The film is finally finished and we’re hoping to take it to a festival soon. I like to keep my creativity flowing so am always looking for things to do.

Danay Garcia: I like to write and read a lot. I used to be a ballet dancer and try to find studios wherever I am to dance and keep myself in good form.

Is there something you wish people knew about you aside from your acting career? Perhaps that you are also a writer?

Danay Garcia: Like I just said, I love to write. I am very interested in anything to do with storytelling and finding outlets to tell stories to people.

Finally, Danay, any last words for the kids?

Danay Garcia: This season of Fear is going to be epic and I cannot wait for everyone to see the direction we are taking the show.