The Drake-Cosigned Viral Dance Experts and Little Rock, Arkansas Hometown Heroes Share an Addictive Collection of Party Starters, Including Hit Singles “All In” and “Robotics” 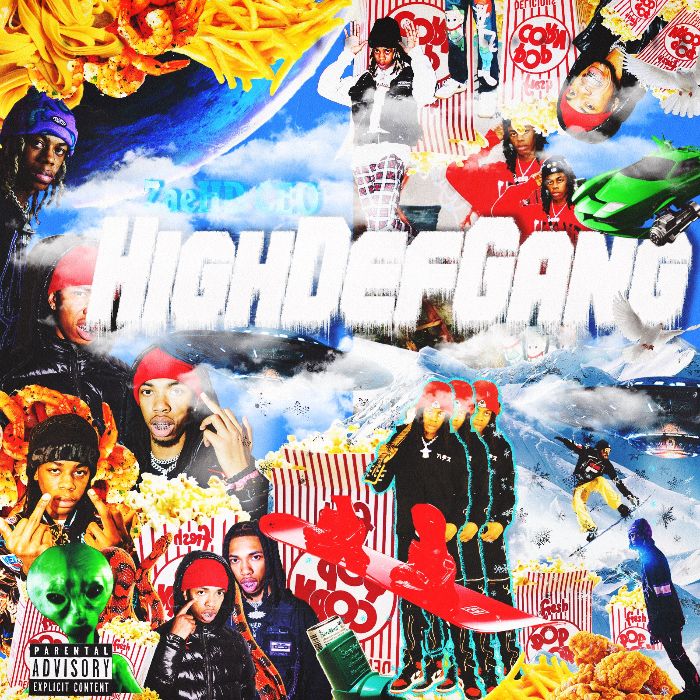 The internet’s foremost purveyors of viral dance videos, ZaeHD & CEO recently unveiled their unique brand of punchline-heavy party rap. Coming through with a riotously fun set of bangers, ZaeHD & CEO share HighDefGang Vol. 1, their first mixtape. With a collage-like cover that shows a few of Zae and CEO’s favorite things (popcorn, shrimp, aliens, and all things winter), HighDefGang Vol. 1 relies on the interplay between the two rhymers, as their hushed witticisms contrast with the overdriven bass in the beats. Produced in full by HD Gang’s in-house producer Toosie, known for his producer tag “them hits don’t make no sense,” the new tape features the hit single “All In,” which has 5.5 million views on YouTube, 3.9 million plays on Spotify, and inspired a Verified video on Genius, as well as Drake co-signed bangers like “Robotics” (1.2 million video views and an appearance on Drake’s Insta story) and the new song “Smash,” a preview of which earned a comment from Champagne Papi himself.

Says, ZaeHD: “The cover is all about us, CEO loves popcorn, shrimp, fettuccine and I only eat chicken strips and fries. Winter is just our theme we loved winter everything we do is cold and the UFOs are for CEO cause he’s from Mars when it comes to music. None of us can snowboard tho.”

Though they are relatively new to rapping, Little Rock, Arkansas natives ZaeHD and CEO have long been influential in the culture as dancers, starting their careers in the orbit of fellow HD Gang member SheLovesMeechie. Last year, Zae & CEO teamed up with XXL Freshman BlocBoy JB to invent the viral “Shoot” dance, in a video that racked up over 49 million views on YouTube, since co-opted by Fortnite. With over 198k subscribers and a massive social media following, Zae and CEO will continue to dance their way into the hearts of rap fans all over the country with their original songs. The most purely joyful and energetic rap release of the year so far, HighDefGang Vol. 1 is available everywhere for stream and purchase.