Stating that its one of his own favorite tracks to date, the Liberia born rapper BabyEye Taylor lands ‘Show Me’. Addressing that the underlying message of the song is in reflection that ‘actions speak louder than words’ the melodic beat produced by Hozaybeats support catchy lyrics set by Taylor to make for a hit. Directed by TheMoonRunners, the video comes just in time before BabyEye Taylor performs at the BET Awards this coming weekend, Friday June 21 and his debut EP Baby Fever 1 slated to drop this month.


BabyEye Taylor is a song writer and Hip Hop artist currently based in Oakland, California. BabyEye Taylor was born in Liberia, West Africa and raised in Durham North Carolina. Being exposed to different cultures and genres of music at a young age, BabyEye’s sound have been uniquely modified which contests for his versatility.

BabyEye began his musical journey at the age of 12 with influences from rappers such as Tupac, 50 Cent, Notorious B.I.G, NAS and Jadakiss. BabyEye has received a lot of notoriety during the course of his musical journey including earning the title of “Artist Of The Month” on two of North Carolina’s most famous radio stations “97.5fm and 102 Jamz”. BabyEye Taylor have collaborated with many mainstream acts such as : SWIFT, Lil Scrappy, OMB Peezy etc. BabyEye is anticipating the release of a new mixtape this year and is currently making a lot of strides in the music industry with his new single “SHOW ME” which is currently available on all musical platforms. Follow @BabyEyeTaylor on all social media platforms to keep up with his new releases. 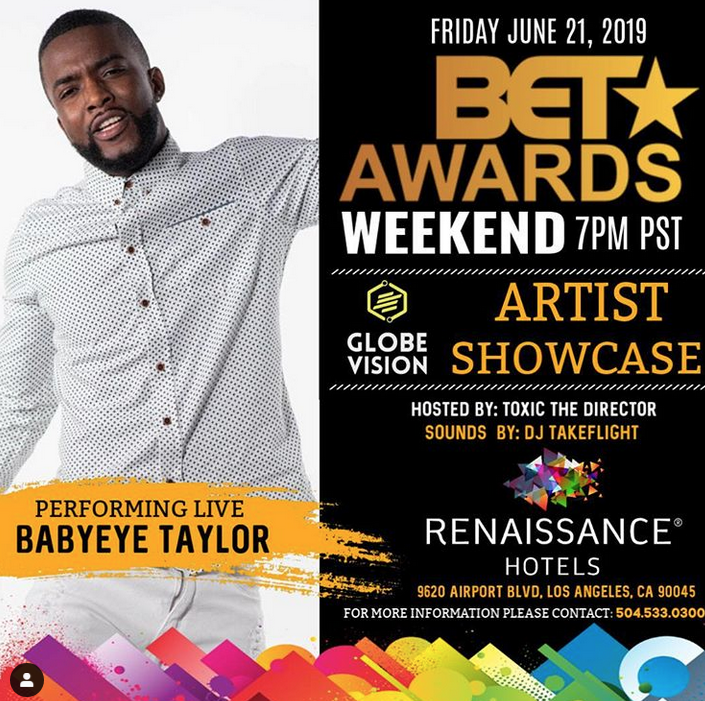