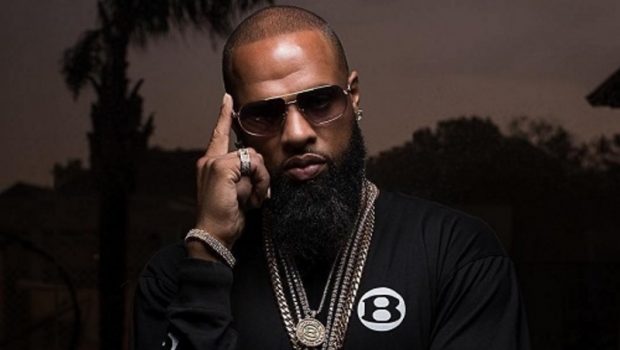 With more than two decades in the game, Slim Thug is inarguably a boss within the entertainment spectrum and his latest album “Suga Daddy Slim: On Tha Prowl” built off of a social media persona he created shows off his playful side as well. The project is pretty much a ride through and pulls Houston Icon Z-Ro out of his quasi-retirement to add some unique flavor alongside Jazze Pha on the banger “I L.A.M.B.”

About the Suga Daddy Slim character starting from social media Slim Thug says “That’s exactly where it came from, that’s what happened. What I do is, I just live life and whatever vibe I’m on I just let that out. I was on social media one day dressed like a suga daddy so I went ahead and took it to a whole other level man and made it a whole project. I was also trying to get more women to come to my shows, I have a lot of dudes in the audience so I said let me do a project that will cater to the ladies. You know what does every woman want…a suga daddy LOL so I’m just trying to give them what they’re missing. [laughs] But at the end of the day, it’s a character, I’m having fun with it, that’s it.”

As for what was the most fun making the album Slim Thug says “Really the song I did with Z-Ro is one of my favorite ones on there but that’s like a couple of years of different songs I had that I just put together that I was aiming toward one direction, like I said I just wanted to put something together for the women because I don’t feel like I give them enough when I’m being Slim Thug; I had to create somebody else that I could dedicate to them but it’s always good to get together with some of my favorite producers from the city. I try to keep that Texas Trill sound from back in the day alive. That’s where I have the most fun, trying to keep that genre alive.”

Beyond the music and a serious player in the game though, Slim and his cohort over at Bosslife Construction have taken the buy back the block mantra to a whole new level. Beginning in 2015, Slim Thug started a partnership with a group of friends, LeSean West, Cory Crawford, and Troy Green, to create Bosslife Construction and began rehabbing, refurbishing and rebuilding sections of the Acres Home section of Houston, TX. They specialize in quality low-cost housing for economically challenged people however don’t cut any corners on the construction. They’ve even built brand new construction homes and given them away! In their quest to ensure quality living situations, the group has built or rebuilt as many as 10 homes on the same block…quite an undertaking. Bosslife Construction lead to the Bosslife Foundation and the Bosslife Ball through the foundation and the group doing different community things through the foundation. As their activity level greatened and they began to “buy back the block” so to speak Slim tells us they didn’t get any pushback from the “City Fathers” and a lot of people appreciated what they were doing actually.

Partner LeSean West describes how he became part of the Bosslife Construction movement saying, “We’ve been friends for over 20 years so it started from a friendship and turned into a brotherhood so we were pretty much family. We came together initially starting from a clothing line that we put together called Bosslife Clothing and we have so many acts that we do in our community just from our heart, just giving back, the whole thing just formulated from there. He continues, “It was just common sense and we turned it into a business.”

As for what it means to be a part of something so much greater than themselves, partner Cory Crawford weighs in saying, ” I think it’s important, we live in the moment right now but when we look back 20 years down the road I think we’re going to look back and see the success that we had and the vision that we had come together and see it as more of us leaving a legacy as well. So everything we’re doing right now we live in the moment we don’t see how great a value it is right now but 20 years down the road we’ll be able to look back and say Wow! We did that, we built a community, we brought all of these people together, our movement was strong so I think it’s of real value.”

Aside from building affordable quality homes, the team while made up of the four core partners also provides an opportunity for a lot of others to feed their families via Bosslife Construction. Crawford explains, ” That’s part of the mission plan as well, the more opportunities and the bigger we get, this helps us provide jobs to the community. When we get past the construction and bring commercial business to the neighborhood that’s bringing jobs all around the board.”

In 2017 Hurricane Harvey hit and devastated a large part of metropolitan Houston and southeast Texas. Harvey tied with Katrina as one of the costliest tropical cyclones in history dealing $125 billion in damage. Bosslife Construction’s team sprang into action to help with the reconstruction of Houston concentrating on the Acres Home section. Partner Troy Green talked to us about the importance of the company’s action to bring the community back to life saying, “It was important for us to take action when our city needs us we’re always there. When the hurricane first started we did a few things, fed some people and got out and remodeled some homes. Later we teamed with Godsey Martin and that’s when we  had the idea of rebuilding a home and giving it away.” During the give away contest the company had 10 finalists with one winning the home and the other 9 winning $5,000 each.

The team stressed the fact that though they are building low-cost homes they are cutting no corners as regards construction being up to code and nice amenities for the homes. At one point during the disaster the team was moving so heavy, they built ten homes on the same block on a street called Conklin; all brand new construction.

As a group the Bosslife Construction team says the most satisfying thing about seeing the neighborhoods come back together and the people smiling saying “Just seeing the community that we all come from built up and knowing we are part of it, by us doing it and not somebody who’s not from there coming in to do it.”

Rebuilding from the inside out, that’s how many societies have overcome tragedies such as this. Seeing the team at Bosslife Construction taking the leadership role in this manner is inspirational and according to the team they do it with funds they’ve earned, seeded their own business not awaiting outside funds though they are not opposed to it.

In 2019 the group is focusing on their foundation, trying to raise money for the projects they take on to help more people from Hurricane Harvey,  annual turkey drive, back to school giveaways, Christmas. They are also gearing up for their Bosslife Ball 2020 which is an elegant affair honoring entrepreneurs from all over. Previously they’ve honored Damon John, owner of the Houston Rockets Tilman Fertitta, and entertainer Chamillionaire. The event is touted as pretty much the Houston version of the Met Gala!

To find out more and support the Bosslife Foundation and their work, visit Bosslifefoundation.org.

Slim Thug closed out our conversation stating that the questions began “…after Nipsey’s passing, people were asking who is the Nipsey Hussle of Houston so people started looking into what we were doing as a group and saw that we built those 10 low-cost houses in 2015 and then we did the Hurricane Harvey house give away with Godsey Martin and that video went viral. So basically we are just letting people know what we do as a group, who we are as a group and what we stand for.” Slim continues that “Bosslife Construction we do rebuild houses, we remodel houses, we do flips. If people need construction work they can call us and at the same time, we have a foundation where we do positive things in the community. A lot of the things we’ve done have been all out of our own pockets and we just want our efforts to be able to reach further and do more, that’s why we are letting people know we do have a foundation. Also, on the other side we promote entrepreneurship especially black ownership, we miss the FUBUs, Phat Farms, and all the different clothing lines, so we created a clothing line called Bosslife Clothing that’s quality products; our stuff stands by the best of the best.”

He continued ” We’re trying to encourage more youngsters, rappers, whatever it may be, to buy back the block, to buy back their hood. Even if we are not involved, we want to show people what we are doing and encourage them to do the same in their cities. And that’s just what it is Bosslife as a whole that’s what we stand on and that’s what we’re out here promoting.” 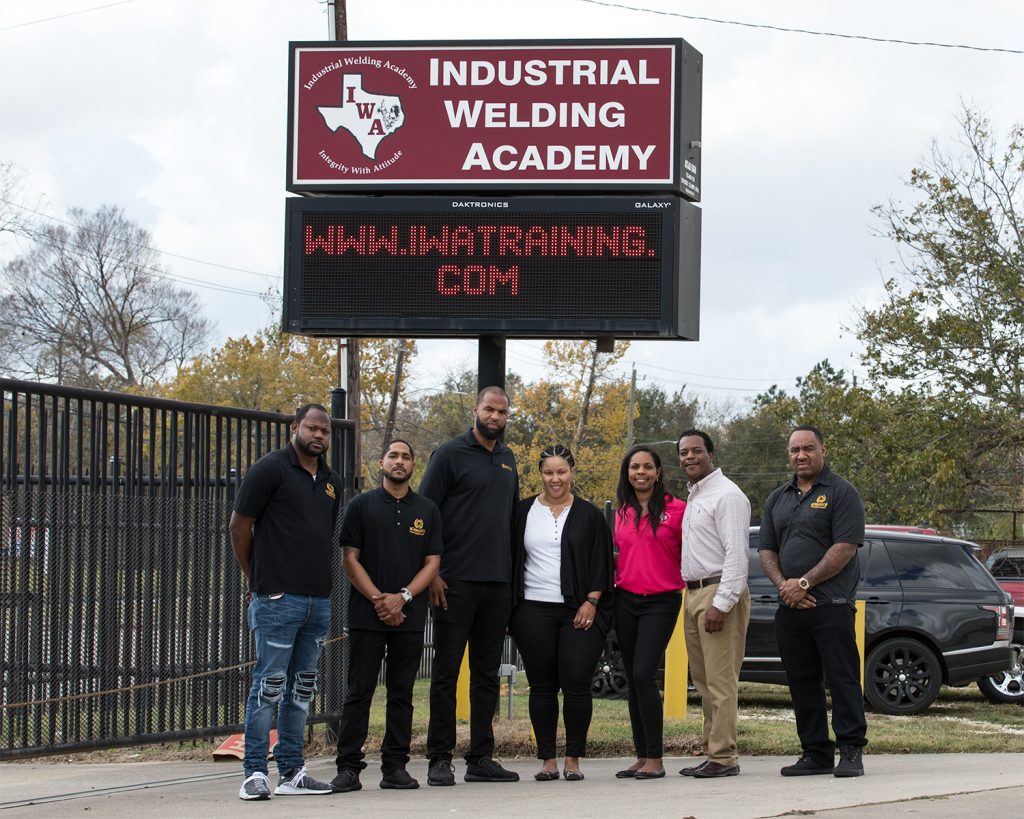 Bosslife Foundation also sponsors scholarships to trade schools which teach welding and they support schools which teach the construction trades For those who say college isn’t for them that’s an opportunity to get involved from a different level and get prepared to work at a skilled trade.

Of course the conversation was more than meets the eye here on this page so tune in to the full conversation below! Slim Thug The World is Yours →