Monique Coleman is an actor, producer, activist, and host. She is best known for playing ‘Taylor Mckessie’ in the “High School Musical” franchise for the Disney Channel, and currently hosts and executive produces her own original non-scripted series “Gimme Mo” through her production company Motivated Productions. She earned a 2019 Daytime Emmy nomination in the Outstanding Host for Lifestyle, Children’s or Special Class Programs category for her work on the show. Her most recent acting credits include the movies for television “Somebody’s Someone” for Lifetime and “Steppin’ Back to Love” for TV One, in addition to the independent features “Phobias”, “The F Happened” and “Graceland”.

Monique works tirelessly to balance her work in entertainment with her passion for advocacy. She was the first Youth Champion of The United Nations and is a longtime champion of that foundation’s Girl Up Campaign. She is also a Good Starts Young Ambassador for Allstate. 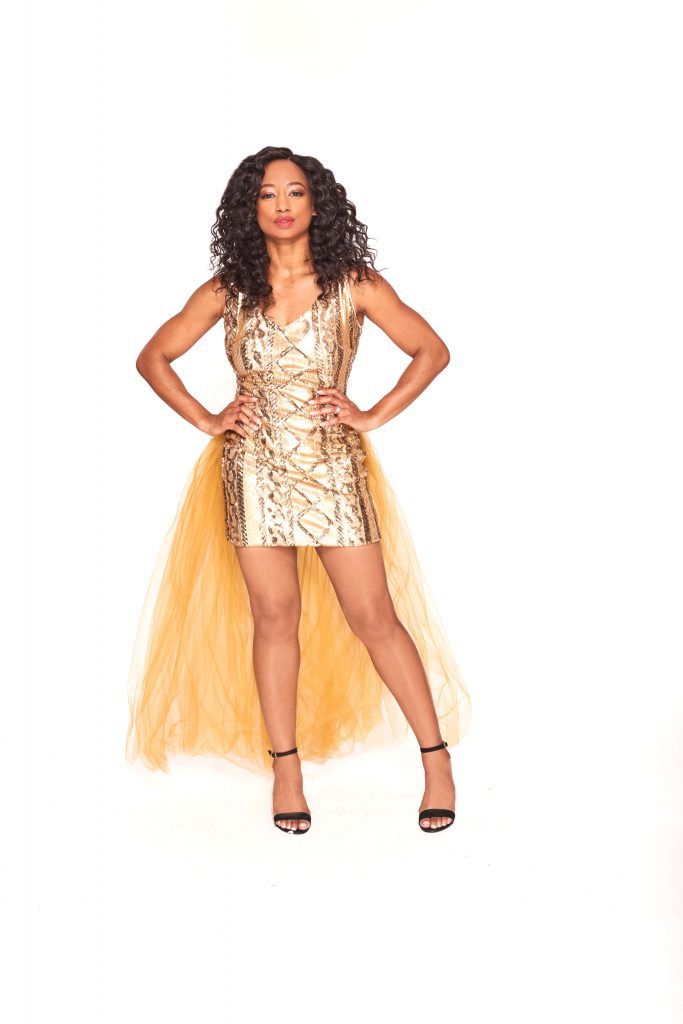 STEPPIN’ BACK TO LOVE chronicles the tumultuous, romantic journey of Derrick (Darrin Henson) and April (Coleman) whose undeniable chemistry led to a sultry, storybook romance filled with a number of dance championships. Over time, external factors force them to take to the dancefloor less, when their marriage begins to slide from first position in their lives. Their relationship is put to the test when Derrick’s success photographing a racy internet star, breeds jealousy in his wife April. April finds distraction from her marital issues at work in the form of attention from, a handsome doctor that she spends long hours with at work. Facing-off with so many challenges, the couple has to decide whether to take a final bow on their relationship or step back into love with one another.

We caught up with this dynamo to discuss her role in the upcoming TV One original film “Steppin’ Back To Love” and how the story reflects on some true to life issues from finance to trust between couples. She also weighed in on the importance of seeing stories where Black love prevails…that’s all I can give away about the film LOL but tune in below to hear our conversation!