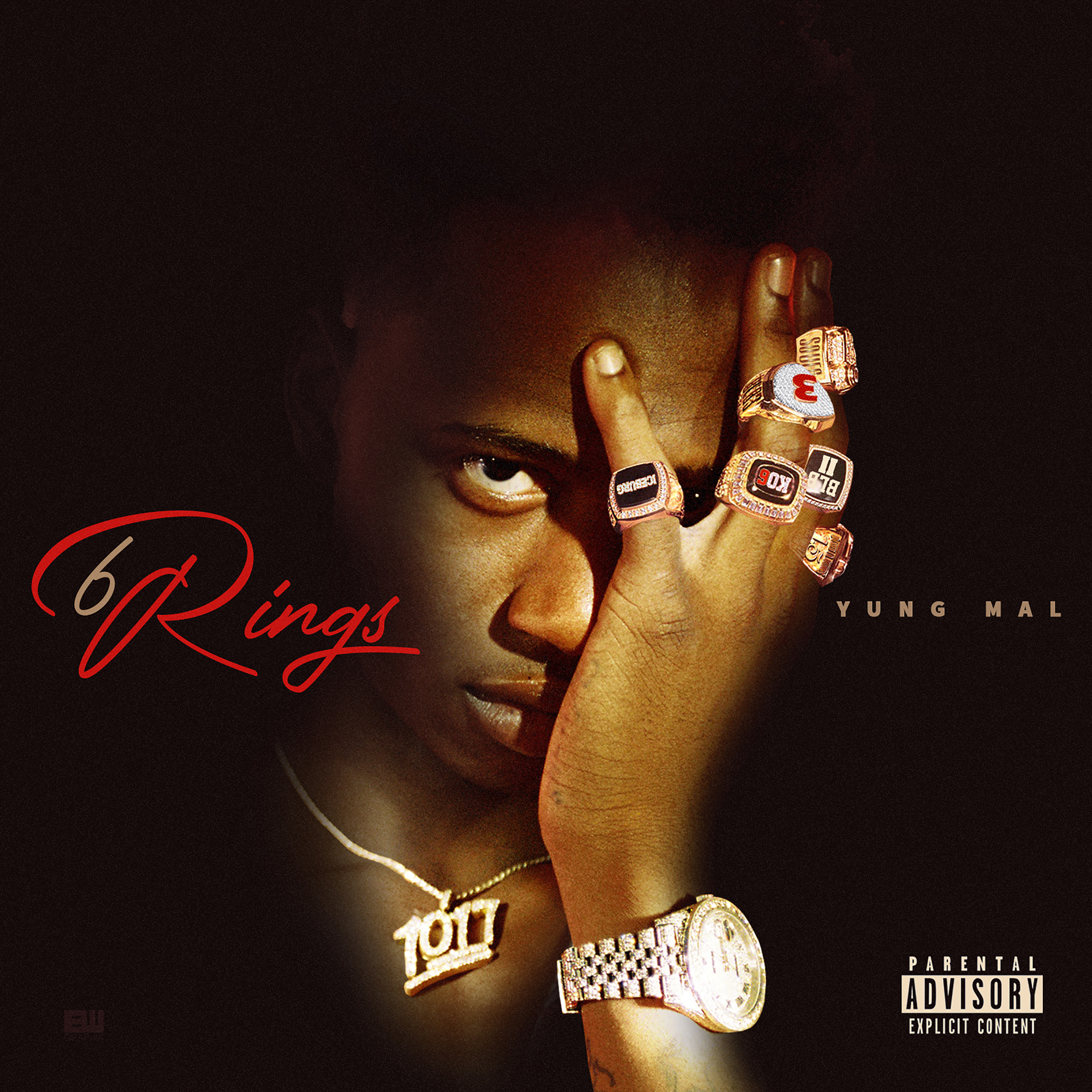 Bursting out of East Atlanta with one of his city’s freshest flows, Yung Mal is on the fast track to stardom. Teaming up with producer Pyrex Whippa, another rising star in the trap scene, Yung Mal announces 6 Rings, his next project. The upcoming tape showcases Mal’s effortlessly intricate rhymes–the 24-year-old rapper is an expert at finding unique rhythmic pockets within the beat, frequently messing with listener’s expectations of meter and the bar line. A favorite of the new generation of Southern rappers (DaBaby, Offset Lil Gotit, Dreamville), the Baltimore-born Pyrex is a perfect fit for Mal’s style, offering a diverse variety woozy trap instrumentals on which the young rapper can perfect his flexes. Featuring appearances from Lil Keed, Lil Gotit, Doe Boy, and more, 6 Rings arrives on March 5th via Alamo Records.

To accompany the announcement of the tape, Mal shares “Blake Griffin,” the project’s first video single. A bouncy, hypnotic, piano-laden trap single named after the superstar Detroit Pistons forward, “Blake Griffin” is an ode to Mal’s flashy approach to flexin’–bands fly out of his bank account as fast as they’re deposited: “Racks stackin’, sh*t just pilin’/Don’t got no stylist/Drip for real like Thousand Islands/And my diamonds, they may blind you/Shooters in front, got some behind me.” The single features an appearance from Doe Boy, the FBG-affiliated Cleveland native, who contrasts Mal’s hushed boasts with a snarling, unhinged verse of his own: “You rockin designer from last year?/That sh*t played out!” In the video, Mal and Doe Boy ball out in black-and-white (director Motion Picture Sh*t adds a touch of color), strutting their stuff in front of a basketball hoop and a police lineup wall.