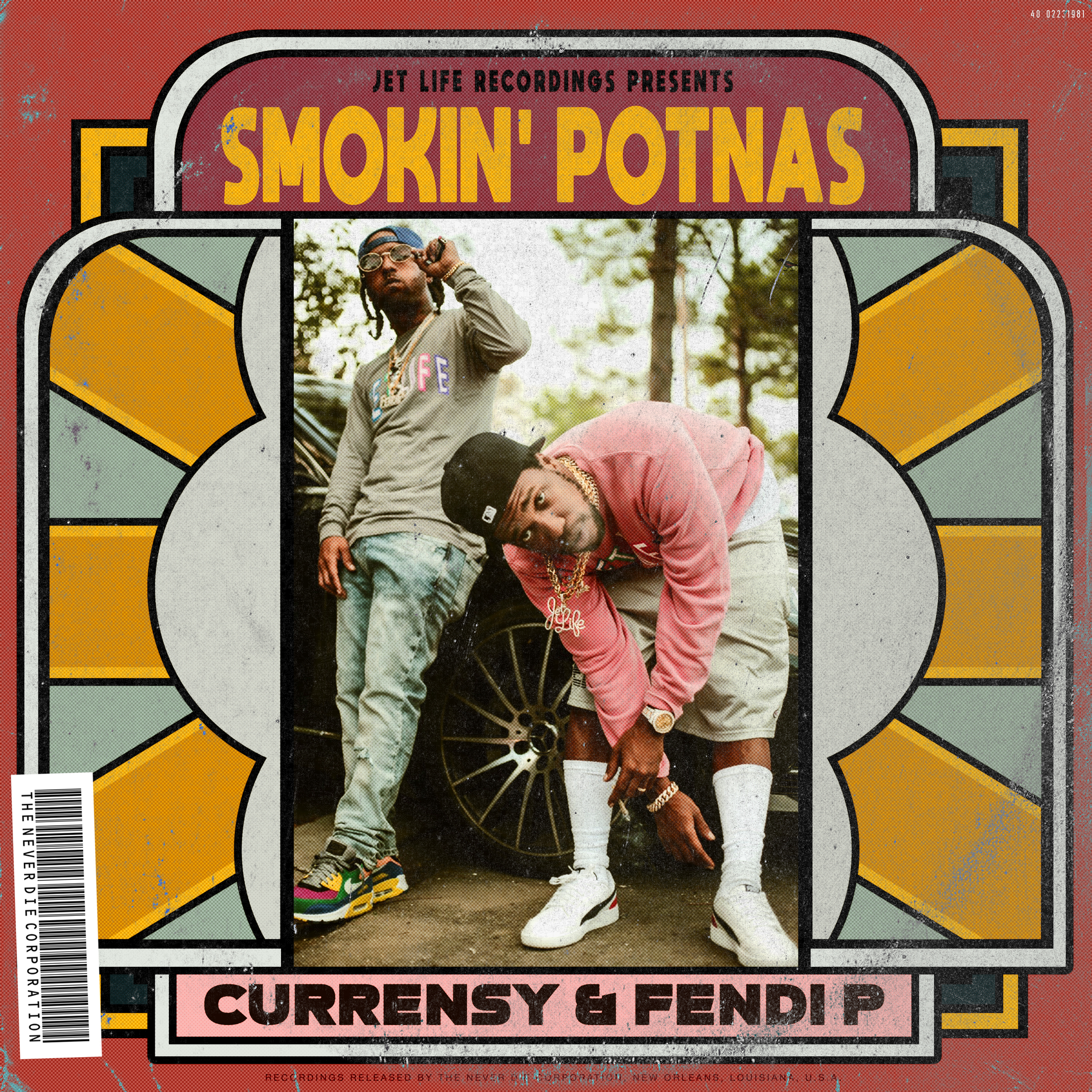 “Curren$y’s sharpened pen and deft wordplay will quiet the doubters. His influence was evident then, and it’s irrefutable now.” – Rolling Stone

The world’s hardest-working stoner, Curren$y is an omnipresent figure in the rap game. Connecting with Fendi P, one of the most impressive signees to his Jet Life Recordings, the veteran rapper announces Smokin’ Potnas, an upcoming project. Coasting atop production from the likes of Harry Fraud, Sledgren, and more, Curren$y and Fendi P exhibit a lived-in chemistry. The Jet Life boss is on top of his game, rhyming with focus, offering words of wisdom for bosses and aspiring bosses. Ever enamored with life’s finer things, Fendi P offers a striver’s perspective, reveling in the fruits of his labors–cars, drip, and loud weed. Together, the two emcees offer a new vision of success, where the ultimate goal is to make enough to comfortably sit back with a partner and smoke. Now available for pre-order, Smokin’ Potnas releases March 13th via Jet Life Recordings/EMPIRE.

To accompany the announcement of the upcoming project, Curren$y and Fendi P share “Strategize,” a new music video. Complete with an airy, propulsive beat from TraumaTone, “Strategize” finds the two New Orleans natives offering painterly boasts and pearls of wisdom: “Winter, Spring, Summer, Fall/F*ck time/Work hard, make the dream real/Strategize,” utters Curren$y on the track’s hook. In the video, directed by @CHawkFilms, Curren$y and Fendi P hole up in their headquarters, rolling up blunts in a garage in sight of their spotless Rolls Royce SUV.

Formerly known as Corner Boy P, Eastside New Orleans rapper Fendi P has been steadily rising since his 2016 debut, collaborating with the likes of Lil Wayne, Project Pat, and many others. Last year, Fendi dropped Fendi P 3, a 15-song set that spotlighted his skill with fresh flexes and sharp storytelling.

Uncountably prolific, but never lacking in quality, Curren$y has already had a busy 2020, collaborating with Dj.fresh on The Tonite Show With Curren$y in January, and treating his fans to the 3 Piece Set EP last month.