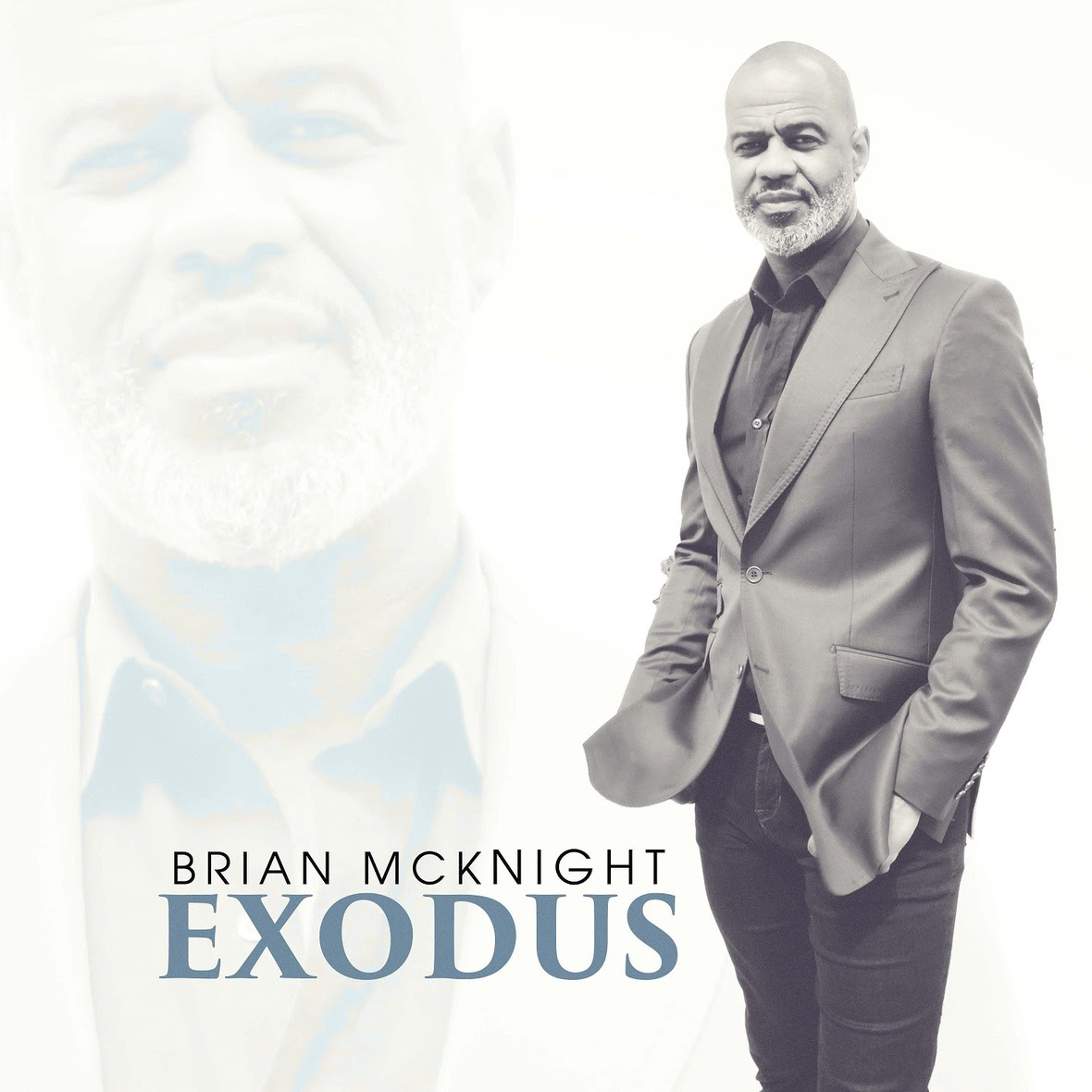 “EXODUS” will be available for release on Friday, June 26th, via the SRG ILS Group/UMG label imprint. The album is available for pre-orders now at EXODUS by BRIAN MCKNIGHT. With the pre-sale download, fans are now able to exclusively download and stream the new song, “BAD.”

“EXODUS” encompasses 13 tunes with signature Brian love songs, a poignant emotional tribute and a surprise cover-song performed as only Brian McKnight could.

“Exodus” is Brian McKnight’s 20th album, and according to Brian it will be his final release of all original material. If Brian keeps his word, he will have left his fans and the wider music-world an incredible legacy of hit singles and albums.

We all look forward to the day Brian returns to the road to perform his songs for sold-out crowds all over the world, but until that day arrives you can Pre-Order, Stream, Download, Pre-Save, “Exodus” today!

BRIAN MCKNIGHT recently released the touching and emotional visuals for his latest chart-topping single, “Nobody” via Billboard.com and features footage from Brian McKnight’s actual wedding ceremony.

“Nobody” was written by Brian McKnight and produced by Earl Cohen, Chris Paultre and Claude Villani and is available now via all platforms.

(VIDEO LINK) “NOBODY” by BRIAN MCKNIGHT Brian McKnight has earned a place in music history selling over 25 million albums worldwide and charting numerous hits across many genres. In addition to being a singer, songwriter and producer, McKnight is a multi-instrumentalist who plays nine instruments including piano, guitar, bass, drums, percussion, trombone, tuba, french horn and trumpet.

In an industry known for its constant revolving door, McKnight has established himself with an enviable record of chart and touring consistency for over two decades. During that span Brian has collaborated with superstar artists including Quincy Jones, Justin Timberlake, Mariah Carey, Diddy, Christina Aguilera, Rascal Flatts, Nelly, Vanessa Williams, Willie Nelson and Kenny G.

On top of selling millions of records and performing in front of millions of fans, Brian McKnight has been nominated for and has won dozens of awards including the Grammy, American Music Awards, Soul Train Awards, NAACP Image Awards, Blockbuster Awards, and the prestigious Billboard Songwriter of The Year.

Alongside his skills as a gifted singer, songwriter, and performer, Brian has hosted and appeared on dozens of radio and television programs. Most notably in 2009 Brian hosted the eponymously titled “The Brian McKnight Morning Show” radio program which aired in over 60 markets through the ABC Radio Network. The show then became a nationally syndicated television program. In 2007 McKnight stepped onto Broadway with a successful run as Billy Flynn, the slick lawyer, in the legendary musical Chicago.

2020 will be a landmark year for Brian McKnight. Exodus, his 20th album, will be released in the summer of 2020. Brian has stated that this will be his final album of all original material. Exodus will include the hit singles “When I’m Gone”, “Neva Get Enuf Of U”, and “Nobody” alongside other original compositions and maybe some other surprises.