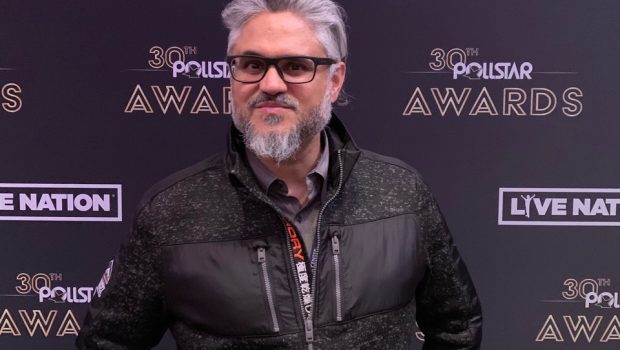 Bitfury Surround, the music, and entertainment blockchain ecosystem has brought on experienced music and tech executive Fabian Alsultany as its first North American hire. Alsultany will work with Surround’s Berlin-based team to lay the groundwork for a new approach to music rights management and creativity in the US and Canada. Surround is the music and entertainment arm of Bitfury, the Amsterdam-based innovative global technology company.

Alsultany’s experience has spanned music, live events, emerging tech, and wellness. He has been working in the music industry for over 25 years. He most recently served as Director of Business Development for the blockchain platform, RChain Cooperative, where he focused on the development of music technologies related to the future of streaming, micropayments, and digital identity. As VP of Programming for Wanderlust Festivals, he curated seven weekend-long festivals and 40 single-day events in top urban markets to an estimated total audience of over 150,000 people. He served as the lead business advisor for the largest concert in the history of Cuba, with 450,000 people arriving to see Major Lazer. Alsultany has served in executive positions at Palm Pictures as Director of A&R, alongside industry legend Chris Blackwell (Island Records, Bob Marley, U2) and with Putumayo World Music as Director of Festivals & Tours. He founded and produced the 2012 Tadasana Festival of Yoga and Music in Santa Monica in partnership with Kevin Wall (LiveAid, Live Earth) and has toured internationally as a DJ and musician, releasing multiple albums as an artist and producer.

“I’m excited to join Bitfury Surround. As the company’s first US hire, I’ll be leading all North American initiatives as Director of Business Development North America,” he says, running operations from Los Angeles. “Our platform will significantly change the way artists and their teams get paid. The market for music, videos, tickets, stems, digital collectibles, and digital assets is receiving a significant upgrade. Bitfury Surround will allow the creative forces in the entertainment industry to maximize revenue and ensure payment distribution in an innovative manner. The software stack and marketplace we are creating will be a game-changer to everyone in the music and entertainment ecosystem.”

“Fabian will play a crucial role in guiding our strategy in North America, a key market for Surround,” says Stefan Schulz, CEO, and co-founder of Surround. “His expertise in music and blockchain will prove invaluable as we roll out what we believe will be a transformative technology for music creators and stakeholders.”