The new track that lends itself to the current global unrest in response to police brutality In May, standout Jamaican In light of that confrontation with a pregnant woman and her family in Arizona last month, DMV Baltimore] artist Wordsmith H.I.M. is currently working on a new project, “#NOMOREHASHTAGS” inspired by the recent tragic events that have occurred where innocent 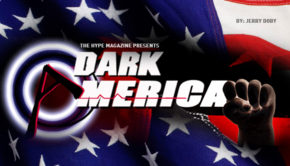