Wow...That’s Crazy Album Available Everywhere Tomorrow, October 11Th! The video for "BGM" is totally laced with the grandeur of an Major League Wrestling, or MLW for short, was a notable independent wrestling promotion of the early 2000s. Among the high-profile Wale dropped a gem last week in the form of an EP called It’s Complicated. WOW. One thing I have 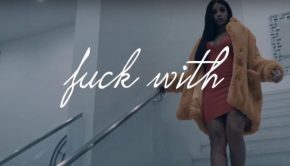 As Eric Bellinger's "Goat 2.0"-- featuring Wale-- continues to gain momentum, it's only right that he releases the lyric video Wale brings his fourth single off album Shine to life, with the visuals for "Colombia Heights (Te Llamo)" featuring J. Wale MMG Artist since 2011, and Washington DC native dropped an 11-track mix-tape LP named Before I Shine. He popped Wale – Before I Shine Roy Demeo, New Orleans’ own rap star on the rise, continues to make waves in the industry with another new