New Jersey indie rock duo Pollyanna have released their debut EP, “The World Is…,” available on all digital platforms NOW. The duo, comprised of Jill Beckett and Dan McCool, have been in various projects together from a young age, using their past musical experiences to evolve into Pollyanna. “The World Is…”  showcases all of their dimensions, exploring a wide range of emotions throughout all four tracks. It’s hard to choose a singular track to highlight on this EP; the band successfully blends together pieces of indie rock, alternative, and pop to create a unique collection that is sure to tug at the heart.

Pollyanna is a Central New Jersey based indie-rock poptimist duo consisting of lead singer and guitarist Jill Beckett and drummer Dan McCool. Their name, deriving from the definition “unreasonably or illogically optimistic,” showcases the band’s fun and playful yet driven nature. The group initially formed in 2013 when they began writing and playing music with friends in middle school. Even as 13 year old budding musicians, they were eager to create and play music to reach audiences beyond the confines of Jill’s open garage doors. After entering high school in 2014, they experienced a rotation of different band members while performing under the name Chasing Down Sunset. This name stuck until 2017, when the remaining two members decided to move forward as a duo and settled on the name Pollyanna. Combining dreamy synths and raw, poetic lyrics with modern indie rock influences, Pollyanna has won over a following in the New Jersey music scene. They plan to growing and leaving a unique mark in the music industry. Their debut EP “The World Is…” is available on all digital platforms NOW. 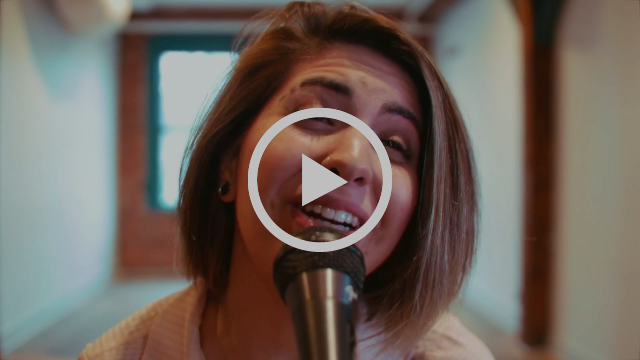