Meet SARZ One of Nigeria’s Most Prolific Beat Magicians

SARZ is one of Nigeria’s most prolific producers with credits that include mixes with Chris Brown, Drake, Wale and more.  The official line on this rising global powerhouse is that innovative producer Sarz has solidified his spot in the history books as one of the most prominent musical talents to come out of Africa. The Nigerian has provided career-changing songs for the likes of Wizkid, Niniola, Reminisce… to mention a few. 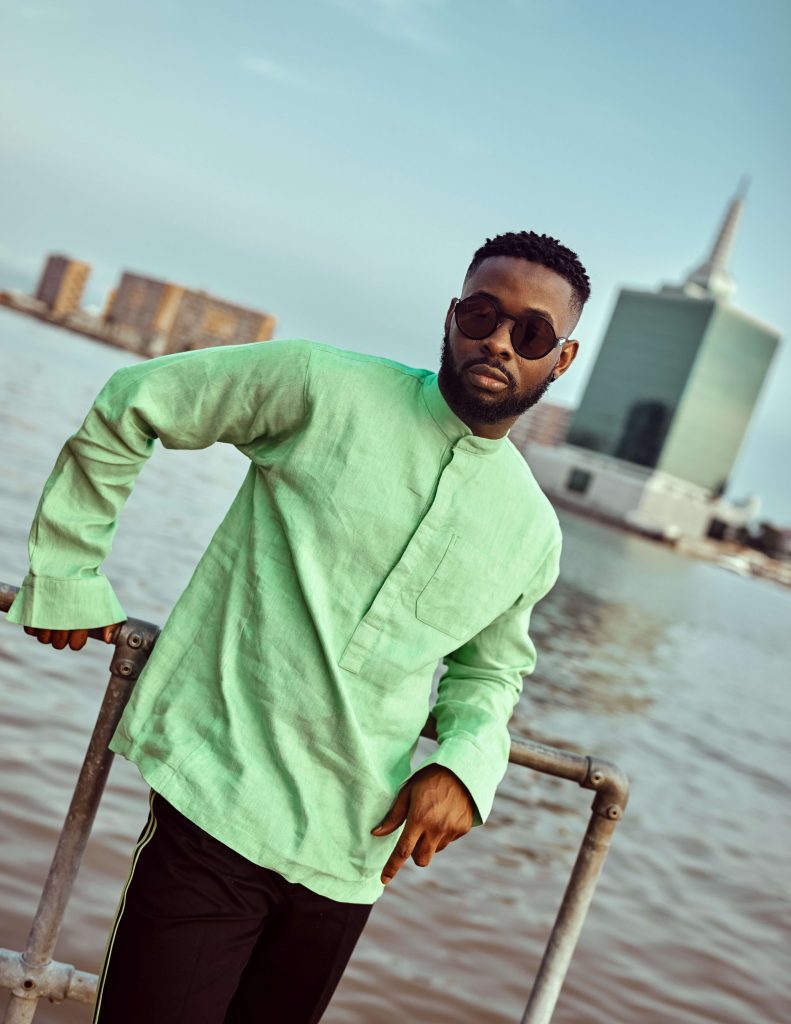 Born Osaretin Osabuohien, Sarz’s love for music began in his childhood with the influence of legendary American producer Timberland. He sold his first beat at just fifteen years old and was catapulted into the mainstream after his production for Lord of Ajasa’s “See Drama”. Producing “Kako bi Chicken” for Reminisce saw a turning point in his career when the song became one of the biggest African street songs of 2011.

The following year, record label giants EME chose Beats By Sarz as the producer of their compilation album “Empire State Of Mind”, where he made “Get Down Tonight”, “Ko Mo Le”, “Dance For Me” and “My Baby”.

Sarz’s unique and inventive way of beat making has allowed him to work with some of the most accomplished musicians in the world including Drake, Banky W Chris Brown and Beenie Man.

Declining to be boxed into genre-specific beats, his distinctive methodology of producing has allowed him to break new talent, notably nineteen-year-old singer Flash with the contemporary dance infused Afropop song “Get Up”.

His musical career is a storybook in and of itself. In 2010 Sarz, produced the hit single “Jor Oh” and the Remix for Jahbless which featured Durella, RuggedMan, Reminisce, Ice Prince and eLDee. The song won “Best Street Hop” award and was nominated for “Best Collaboration” at The Headies. in 2011, he went on to produce Shank’s “Salute”, eLDee’s “Today Today” & “Wash Wash”, Skales “Mukulu”, Goldie Harvey’s “Don’t Touch my Body” and Reminisce “Kako Bi Chicken”. “Kako Bi Chicken” was nominated for “Best Street Hop” at The Headies, 2012. Later that year, he solely produced eLDee’s “Undeniable” album (except “We Made It”).

Sarz was nominated for Nigeria Entertainment Awards 2012 “Producer Of The Year” award alongside Don Jazzy, although Don Jazzy won the award Don Jazzy ended up giving the award to Sarz. He won the “Best New Producer” award at the 2012 Dynamix Awards. He went on to release his first single “Beat Of Life (Samba)” featuring Nigerian Artiste, Wizkid off his coming album.

In 2013, he produced 2 songs off Wizkid’s Ayo Album, “Jaiye Jaiye” featuring Femi Kuti and “Kilofe“.  He was mentioned as one of the five new music producers giving Don Jazzy a run for his money by the Premium Times Nigeria. Sarz was reported to have signed an endorsement deal with Nike later that Year. Sarz was the executive producer for the official Hennessy Artistry 2014 theme song titled “Dance Go (Eau de Vie)” which featured Wizkid and 2Face Idibia.

Not shy about sharing his knowledge and experience The Sarz Academy (TSA) was created in June 2015. Hundreds of young budding producers submitted beats and after personally hand picking his favourites, Sarz opened the doors to his classes teaching both the creative and business side of the industry. In 2017, Sarz started a 3day production camp called The Sarz Production Camp for amateurs and experts. The second edition of The Sarz Academy returned in 2018.

The Hype Magazine got Sarz to weigh in on a few things! What inspired you to get into music, production specifically?

I was inspired by my love for sounds from producers like Timbaland, Pharell, Dr. Dre. I was always looking forward to the next song produced by these legends. I didn’t really care (at that time) for lyrics, just amazing beats.

How did you start on your path to being a super producer?

I started with a demo version of FL Studio ( FL 4) in my room, a Pentium 1 pc, and a hi-fi sound system lol. I would make beats then export as wav because I couldn’t save on a demo version. I remember making some beats over and over again cos the artist wanted me to make edits on them.

What is your process in making a song?

I’m very flexible. My process depends on who I’m working with. Most times, I create ideas that are decent enough for the artists to write to and when the writing is done I can make decisions that fit the song best.

Beyond making the beat, are you in the studio directing the songs as well?

Yes, I am. I always give my 2 cents every chance I get.

What is your favorite part of making music?

Making the beat and writing. I don’t like recording lol. That back and forth process make me dizzy.

When you are creating a joint do you hear a specific artist in your mind?

Yes I do and most times you feel the artist in question will kill it but when they hear it, they say NEXT lol.

Besides those stars you’ve already helped gain global attention, who are you working with that we should be on the lookout for?

Definitely Wurld! He’s amazing and we just put out a joint project called I LOVE GIRLS WITH TROBUL.

Lol, nothing comes to mind at this moment. Don’t believe the “hype” maybe? Haha