Applying his technical rapping expertise to songs about addiction and mental health, wifisfuneral has lived through multiple lifetimes of adversity in his 22 years. Throwing his hands up in response to life’s senseless brutality, wifi shares “idk,” his latest single. Created with the help of wifi’s frequent collaborator Cris Dinero, who creates a hyperactive beat to match the track’s paranoid energy, “idk” is a furious and frenzied rundown of wifi’s recent troubles. Wielding a dexterous double-time flow, the Alamo Records signee lashes out at those giving him trouble: “When it’s war, we don’t stop/We gon’ come for your kin.”

“idk” is wifi’s first new song since the release of  EV3RYTHING SUCKS, wifi’s December 2019 EP. A 7-track collection of cerebral rap gems, EV3RYTHING SUCKS is the third installment in the Ethernet series, following 2018’s standout Ethernet Vol. 1 mixtape and last summer’s Ethernet 2 EP. is home to several quality video singles, including the YBN Nahmir-featuring “Peace Sign,” the Ratchet Roach co-starring “It’s A Bird! It’s A Plane!,” the colorful “Split,” the symbolic “What You Made Me,” and the ruminative, single-verse “All Bones.” Featuring production from NVBEEL, GRiMM Doza, and Cxdy (of Internet Money), E3 is available everywhere via Alamo Records.

Earlier this year, wifi teamed up with veteran rock band Buckcherry to update their 2006 hit “Crazy B*tch,” and  “Beretta,” his collaboration with rising Florida rhymer $not, racked up over 7 million streams on Spotify. 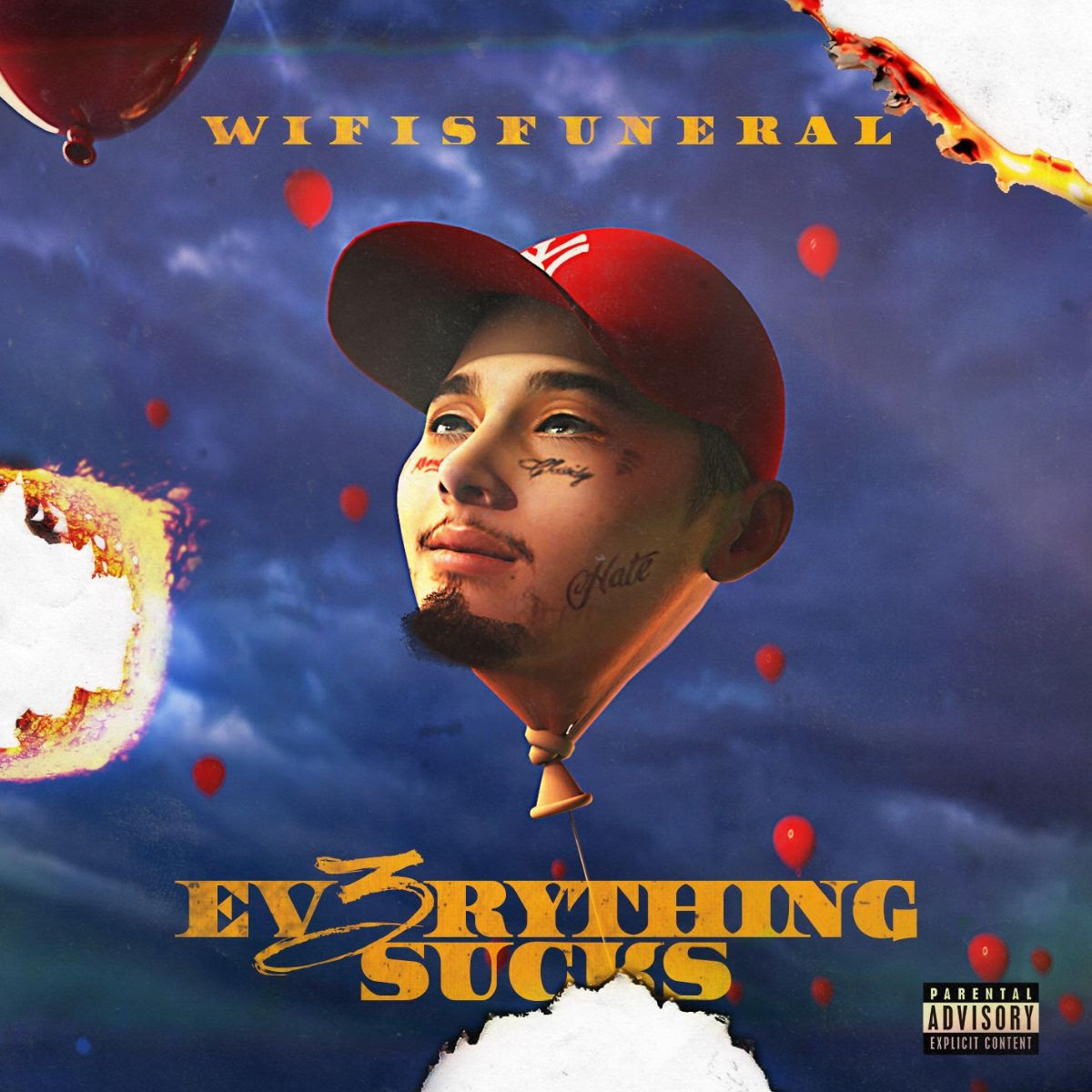 The Background:
22-year-old South Florida rapper wifisfuneral has taken his dark sonics, mature-beyond-his-years lyrics, and trunk rattling bass from the streets of Palm Beach to the world, amassing over 1.7 million monthly listeners on Spotify and over 700,000 followers on various social media platforms. wifisfuneral’s growth has been organic and cult-like, with his fans spreading his music like wildfire with each and every release. With virtually zero promotion other than his social media presence, wifisfuneral’s independent projects Black Heart Revenge (May 27th, 2016) and When Hell Falls (January 27, 2017) reached #69 and #17 on the iTunes hip-hop charts respectively, resulting in a label deal with Alamo and Interscope Records. His major label debut mixtape, Boy Who Cried Wolf, received critical acclaim, with two of the tracks earning placement in the Spotify’s coveted Most Necessary playlist. His latest mixtape, Ethernet, was released in June 2018 via Alamo Records. In 2018, wifisfuneral was officially named to the XXL Freshman List and reached #1 on YouTube’s trending chart. In 2019, wifi headlined two nationwide tours, released two follow-up EPs to Ethernet, and collaborated with Robb Bank$ on the Conn3ct3d project.

Bio, photos, music, and more for wifisfuneral can be found at www.audibletreats.com/wifisfuneral