This Rapper Stopped Traffic on the 405 For His Music Video

Rapper and songwriter DLRN released the first single, "Just Be Chillin" from his forthcoming debut EP last week, and now Vino World has dropped off his new visual. Watch Pack below:   https://www.youtube.com/watch?feature=youtu.be&v=Qufu71cf0Sw&app=desktop Who The Hell Is JopauL?

Often referred to as the “Pitbull Of New York”, Or “ MrYoooo Brooo” This 20 year veteran of hip-hop from Staten Island NY is still considered to be a 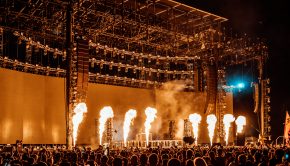 Toniii & King Los – On Everything

Lynn, MA is one of the lesser known cities in Massachusetts but it seems to be a breeding ground for Between holidays, birthdays, anniversaries and general "just because" surprises, there is always a need to have a few gift ideas