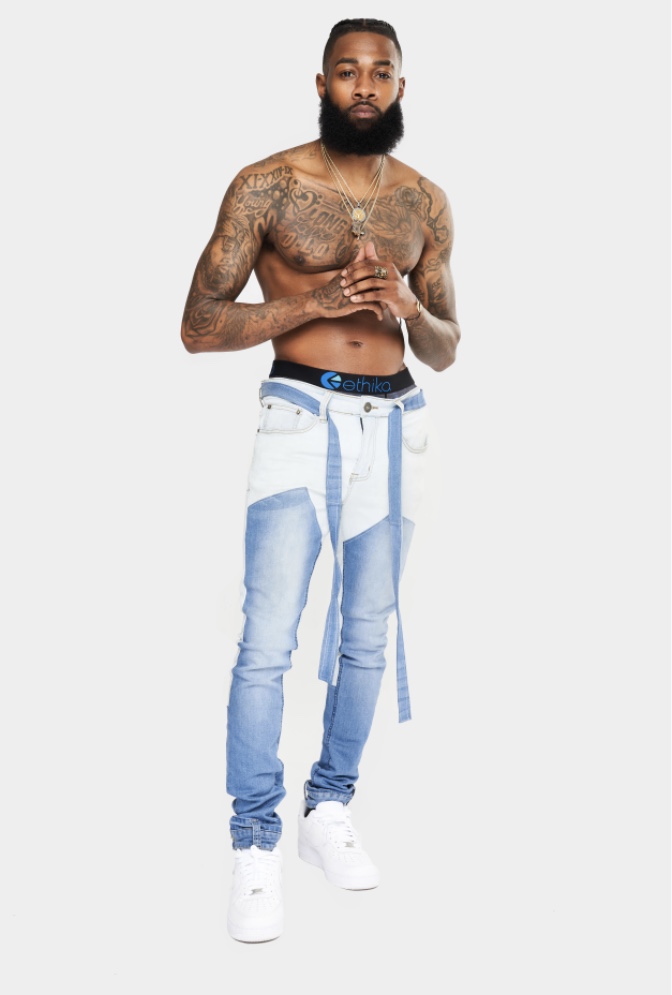 “All Night” is inspired by every woman’s needs to have fun, be teased and pleased. In the provocative song, Sammie puts on his grown and sexy voice while assuring that his lucky lady will have a good night, all night. The uptempo hook openly confesses the R&B heartthrob ‘s desire to assure his lady is taken care of and loved on correctly….“Yeah, spark one up, we going all night….(all night), cancel all your plans, it’s going down…(down). We’re going to be a while, we gone to be a while …(We gone be all night.)”

“All Night” was written by Sammie Lee Bush Jr., and DJ Luke Nasty and produced by Swift D.

“All Night” is just a feel good vibe,” says Sammie. “The production, the sensual content, the sauce…it’s all there..it’s provocative, yet tasteful. My favorite lyric would have to be: “We can take a trip, one hand on the wheel while the other’s in your pantries… I’m Nasty.” Don’t judge me! (Laughs)

Sammie enlisted DJ Luke Nasty to hop on the intoxicating track. “All Night is a grown and sexy song. It’s all about setting the mood for you and your lady friend. It’s a vibe,” says DJ Luke Nasty, “I’m a fan of the movie “Love Jones” so my favorite line in my verse is: “I’m the blues in your left thigh, trying to become the funk in your right.”

Empire signed a joint venture with Sammie, StarCamp Music, and his highly anticipated fifth studio album, “Such is Life” is sure to be a collection of songs ladies across America will be adding to their playlist, and will release on June 5, 2020. The world watched Sammie grow up from a 12-year-old sensation into a record-breaking and multi platinum-selling singer, songwriter, and performer. In 2017, Sammie showed the world that he had fully come of age with the release of his third record and first independent full-length LP, Coming of Age [Star Camp Music/EMPIRE]. This body of work confidently transitioned Sammie in evolving into the artist he’s worked towards becoming for the past 18 years. “I was blessed to have a sense of stardom and limelight at a young age,” Sammie exclaims. “I was a little boy when I first entered the hearts and heads of fans. There’s a substantial difference in the man they see before them now. I’ve matured. I’ve made a lot of mistakes. I’ve had a lot of wins. I’ve had a lot of losses, which I’ve found lessons in. I’ve never taken my foot off the gas though. There were certain detours I needed to take to get back on the right road. Today, it’s beautiful to be on this path. I’m blessed, grateful, and humbled to be here. I’ve come of age.”

The year 2016 set the stage for his second album, in which Sammie delivered a bonafide hit with the I’m Him EP. The Shade Room touted the title track and it transformed into a viral smash with over 2.7 million Spotify streams and 1.9 million YouTube/VEVO views, between garnering praise from Revolt, HipHopDX, AXS, YouKnowIGotSoul and more. Sammie continued to constantly record, engaging his audience by personally previewing the writing process on Instagram. You could say his followers “executive produced” the music. He most definitely evolved over the course of these 13 new anthems.

In 2019, Sammie proved that Coming Of Age was just the pit-stop to his next musical journey, and shot fire on all creative cylinders with the release of his highly anticipated fourth studio album, Everlasting. The project showcased Sammie’s rich and deep soundscapes and provided the perfect platform for impressive vocal runs and timeless R&B swagger. The atmospheric nature and infectious tone gave way to clever choruses and vivid storytelling, showcasing his undeniable growth, maturity, and progression. The new project, Such is Life, is healing, won’t be anything less than what every woman and man needs to hear to help restore their hearts and have hope.