On Friday night, May 15, Just minutes after opening the virtual velvet ropes to the newly launched Demon Time live-stream show, aka the world’s first-ever monetized virtual stripclub, founder Justin Laboy rings up partner/co-founder Justin Dior Combs announcing that they’ve accidentally crashed the OnlyFans website with their live-stream show debut with a record-breaking 10,000+ viewers and thousands of more waiting at the door to get into the online peepshow.

With more than 10,000 Demon Time attendees in less than 10 minutes, the Demon Time community proves this is undoubtedly the next wave into nightclub entertainment. OnlyFans later announced on Twitter that they would be issuing refunds to all viewers who paid the $5 cover charge to tune into the premiere show. 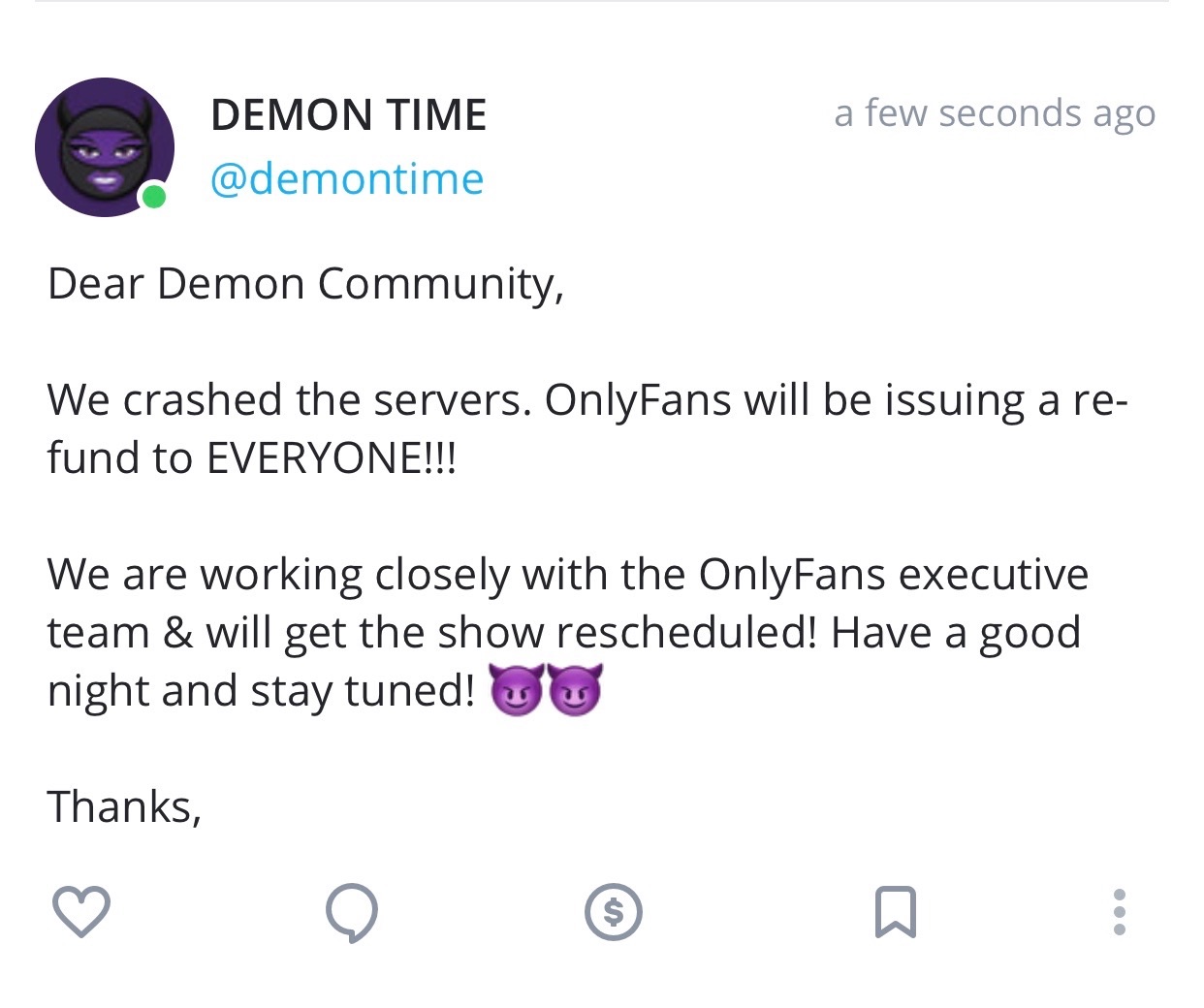 The Demon Time team is working very closely with the OnlyFans executives to get the site back up and ready for the excited Demon Time community. The premiere show has yet to be rescheduled, but the tech teams are working overtime to update the site to handle the record-breaking crowds.

Demon Time is an erotic live experience hosted by Justin Laboy that was built to empower women and entertain the masses. Partnering with Justin Combs, the pair grew Demon Time from a lucrative late-night Instagram Live stream into a full-fledged digital club in a matter of days. The live show is now available through a partnership with OnlyFans, a membership platform that allows fans to see their favorite influencers and celebrities for a small monthly subscription fee and allows “earners” to sell their content. Demon Time has been viewed and supported by hundreds of special guest celebrities including top N.B.A. and N.F.L players like Shaquille O’Neal, Kevin Durant, and Odell Beckham Jr., music artists Drake, The Weeknd, Diplo, and YG, and even top models like Winnie Harlow. Johnny Goodluck Is a Gentleman, Adult Star and Bar Master →