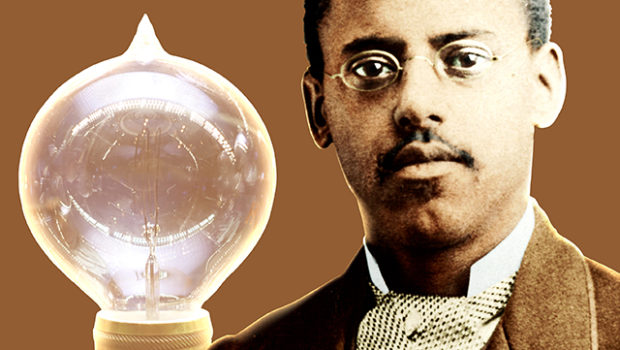 In 1874, he co-patented (with Charles W. Brown) an improved toilet system for railroad cars called the Water Closet for Railroad Cars (U.S. Patent 147,363). In 1876, Alexander Graham Bell employed Latimer, then a draftsman at Bell’s patent law firm, to draft the necessary drawings required to receive a patent for Bell’s telephone. Lewis was hired as assistant manager and draftsman for the U.S. Electric Lighting Company, a company owned by Hiram Maxim, a rival of Thomas A. Edison. Latimer received a patent in January 1881 for the “Process of Manufacturing Carbons”, an improved method for the production of carbon filaments used in lightbulbs. The Edison Electric Light Company in New York City hired Latimer in 1884, as a draftsman and an expert witness in patent litigation on electric lights. Latimer is credited with an improved process for creating a carbon filament at this time, which was an improvement on Thomas Edison’s original paper filament, which would burn out quickly. When that company was combined in 1892 with the Thomson-Houston Electric Company to form General Electric, he continued to work in the legal department. In 1911 he became a patent consultant to law firms.

Latimer is an inductee of the National Inventors Hall of Fame for his work on electric filament manufacturing techniques. The Latimer family house is on Latimer Place in Flushing, Queens. It was moved from the original location to a nearby small park and turned into a museum in honor of the inventor.”