Today, Netflix released Homecoming: A Film by Beyoncé, which presents an intimate look at her historic 2018 Coachella performance that The latest single, "Sunlight", is available on all digital platforms such as Spotify, iTunes, Tidal, Deezer and many more. Manny Recording artist, Jared, recently released his new track, “Notify Me.” "Notify Me is about the wait and desire to hear Behind The Music with Will Downing

With the recent release of his TV One Unsung episode, the living legend, Will Downing took time to take us 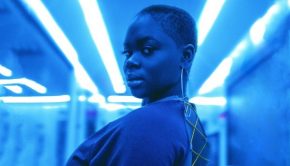 Choc is bringing back the old school R&B vibes with a positive message for women across the world. New Phone, All I will say is Note$ has created a song that captures you from the moment you press play. Hos Houston Native, Dexx Almighti is back at it and this time he teamed up with R&B Phenom, J. Rosser for Recording artist/producer, Maddness, released the music video to his latest single, “Home Luv.” He lived a rough life and even Dru Hill is Back just in time for their “Favorite Time of Year!”

We all know I love me some Baltimore, Maryland. After spending almost 6 years on the Eastside of Baltimore, from “Two Sides” to debut on TV One “High Life” by Coline Creuzot is in Full Swing

Justin time for the cool weather, R&B/Pop Diva, Coline Creuzot has released her visual for "High Life." More of a With the weather breaking and the streets getting filled with fun, it's only natural that the club is popping again. It's no secret that Temi is one of my favorite R&B artist on the scene right now. His smooth voice Back at is on my New Music Mondays flow. SupaMel is an inspiring artist trying to create his own lane