Wielding hypnotic auto-tuned melodies and relatable lyrics, Big Havi specializes in soul-searching trunk rattlers. After gaining traction in his hometown with hot singles and high-profile collaborations, Havi shares Personal Problems, his debut project. Effortlessly alternating triplet-rhyming with taffy-like melodies, Havi combines his tuneful style with emotional lyricism, opening up about his past struggles and his desire to reach G.O.A.T. status in the rap game.

The new project is home to the heatseeking single “9 Times Out Of 10,“ which features a verse from Lil Baby, and boasts new highlights like the immersive trap ballad “Love Gone,” the bouncy, country-fried “808s,” and mission statement opening track “Grimey As Eva.” Featuring an additional appearance from Derez De’Shon, Personal Problems releases via Commission Records

With over 9 million streams across platforms, including over 4 million views on its YouTube video since December 17th, “9 Times Out Of 10” is quickly transitioning from a local smash into a national concern. After being one of the top 5 most added songs at Urban Radio, the song currently sits at #39 with a bullet on the nationwide urban radio airplay chart. In January, BET featured Big Havi on “#FreshFaceFriday,” putting the “9 Times Out Of 10” video into regular rotation.

Big Havi is currently supporting Lil Tjay on his “True To Myself Tour,” a tour that started last Friday and ends in early March. Tonight, you can catch Big Havi at The Novo in Los Angeles, and on March 5th, Havi plays a hometown show in Atlanta at the Buckhead Theatre. Tickets are available for sale at Lil Tjay’s official site. 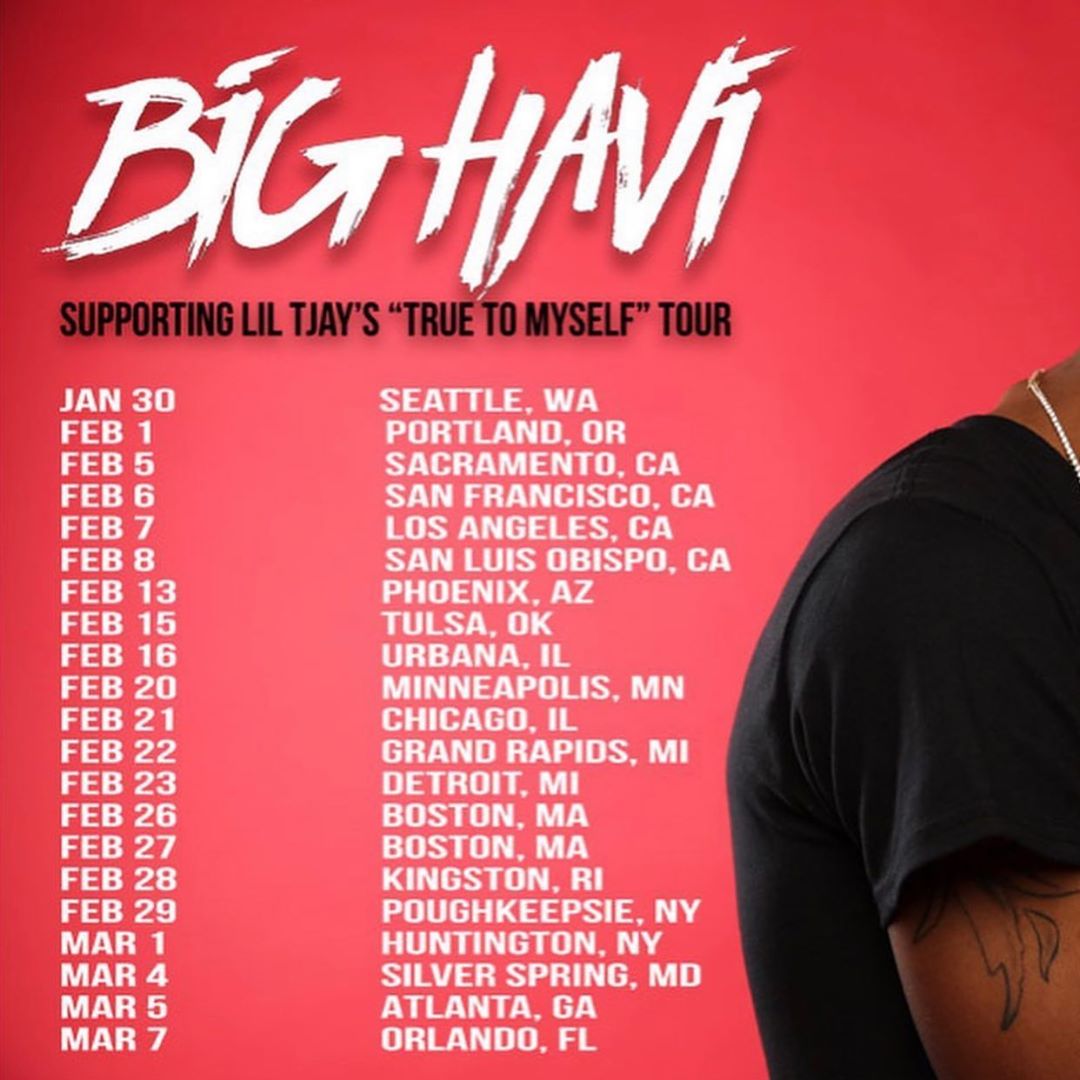 The young rapper born Javier Hardeman combines tuneful rhymes and an effortless flow about personal hardships and future aspirations. His relatable lyrics are what set him apart as a rising new star in an always crowded Atlanta rap scene. After a major label bidding war, Big Havi decided to take the indie route, signing with independent powerhouse Commission Records (MadeinTYO, Lil Dicky, Derez De’shon, Casey Veggies, IDK). On the heels of his hot new single “9 Times Out Of 10” continues to rise up urban radio charts, Havi shared his debut project Personal Problems on February 7th. You can catch Big Havi in concert opening for Lil Tjay on the “True 2 Myself Tour.”

Piggy hits us with that “Go Fren” →