Holly, the prolific Portuguese DJ/producer, is back with another juicy beat - Till I Die feat. A$AP TyY & NXSTY. Insomniac, a continued champion for equality, diversity and inclusion, are proud to recognize Pride month through participation in Los Angeles’ 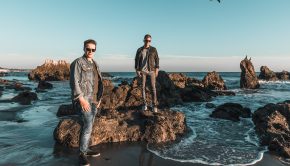 The music duo Tritonal is set to take over Hollywood at the iconic Hollywood Palladium on Friday, February 1st, as