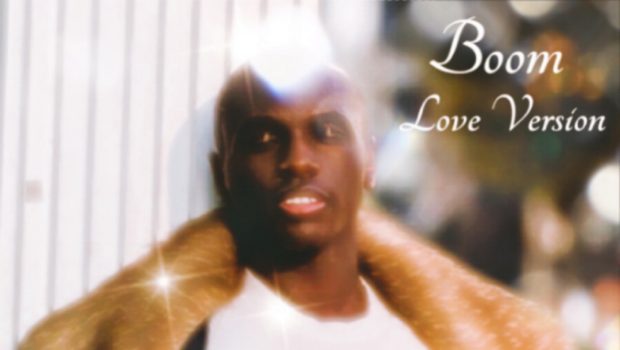 Heistheartist (He Is The Artist) is an American Christian singer-songwriter from Central Islip, NY. Formerly a secular neo-soul singer signed to “Bentley Records” under his biological name “LeeMann Bassey,” Heistheartist discovered that his true calling was with the Lord after hearing an inspiring sermon by TD Jakes online one day. That day he was inspired to teach the world about the Lord like TD Jakes did with his Sermon but through music.

When I was a kid my older brothers and sister all played an instrument and were in their school choirs. So being the youngest I followed them by playing the trumpet in my school band and singing in my school choir.

I was actually singing on Instagram for fun and a producer from my home town heard me singing and thought I had something special. So he invited me to his studio where we recorded my first single ever called “Honey.”

It’s a mixture of Smooth Jazz and R&B with an added flare of nostalgia. The lyrics I create always stem from the Gospel and love in general.

I always begin by sitting out in nature and being inspired by the beautiful habitats God has created and end with a prayer.

Kim Burrell because she is the biggest trailblazer in the Gospel Jazz genre. Without her there would be no me.

Chaka Khan because I feel her funk musical vibes would mesh well with my sound.

To always stay true to who are throughout your journey through life. God is your biggest friend and cheerleader. Don’t let others lead you astray.

I love to sing in the shower! I always sing old school jazz songs like “Summertime” and “My Funny Valentine.”

Probably be a Veterinarian. I love Animals!

Unfortunately right before I was ready to start performing COVID hit. But after it’s over I’ll definitely be performing at a ton of Jazz Festivals.

The internet has definitely made music marketing easier than ever before and made worldwide audiences more accessible.

Had COVID not hit my favorite song to  perform would have been “Boom (Love Version).”

I almost got arrested because my ex was bad news. Which is partly what my song “Boom” is actually based on. It’s definitely a toxic love story.

It was the advice given by mother and that is, always trust your gut instinct because that is a sign from above on what is the right direction to go.

I feel like more streaming platforms should have an option for fans to donate to charities. Spotify started the trend but more should follow suit.

I have a new album coming out on August 28th called “Adam & Eve” which tells the story of Adam & Eve through original songs of mine and with popular secular cover songs.