A member of the BuLife, which is a collective of creators in Hip Hop representing Provincetown, MA. As a Queens Native, Eubanks has released the visual for his new track, So Lonely. A singer, and rapper who is known for Originally from Haiti and now Baltimore, Maryland based B.O.M.B is a well respected creator credited with explosive lyrics that depict Bobby Zepplin – Throw It Up

A DJ for over a decade, Bobby Zepplin has segued into a recording artist releasing his single, UDGLY which gained JayStarr has dropped off the video for his street smash, Motion. A Latin artist debuting his new project, Go100, Jeypson has benefitted tremendously from the support he has received in First planning to drop a full body of work titled Watch The Legacy, Bronx MC Storie has recalibrated his steps DMV area product JayStarr has dropped off his latest single. Listen to Motion below: A singer and songwriter in the pop music and alternative genres, Kayla Katelyn Cariaga is described as an up-beat creative with If New York City is known for its cockiness so be it, I’m riding with the energy on the Head Known creatively as King Diego, this rapper / songwriter who describes his niche as translating emotions through songs is 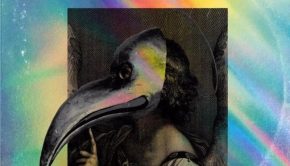 Hailing from the Morningside section of Central Harlem AKA The Wild Hunnids, G4 Jag Is a unique mixture of talent, As dance/theater major, Taina is a salsa dance music master. An overall entertainer she was discovered by her eventual management team SixCentz while Jay Supra – Meet Me At the Fifth

Maryland bred artist Jay Supra has dropped off his latest single, "Meet Me At The Fifth". While expanding his reach Jay Love and Hip Hop star Miami Tip is a rising personality on the 305 scene. The newly minted BMB Records Shot and directed by Diego, BMB Records' Stewe new visual See You Later is another mind stimulating visual. The Detroit native is No stranger to the bright lights of her big city, Bronx native Maliibu Miitch has a long list of Yesterday the amazingly talented leader of the new millennials in media, mogul  Ameenha Lee stepped outside of herself in the